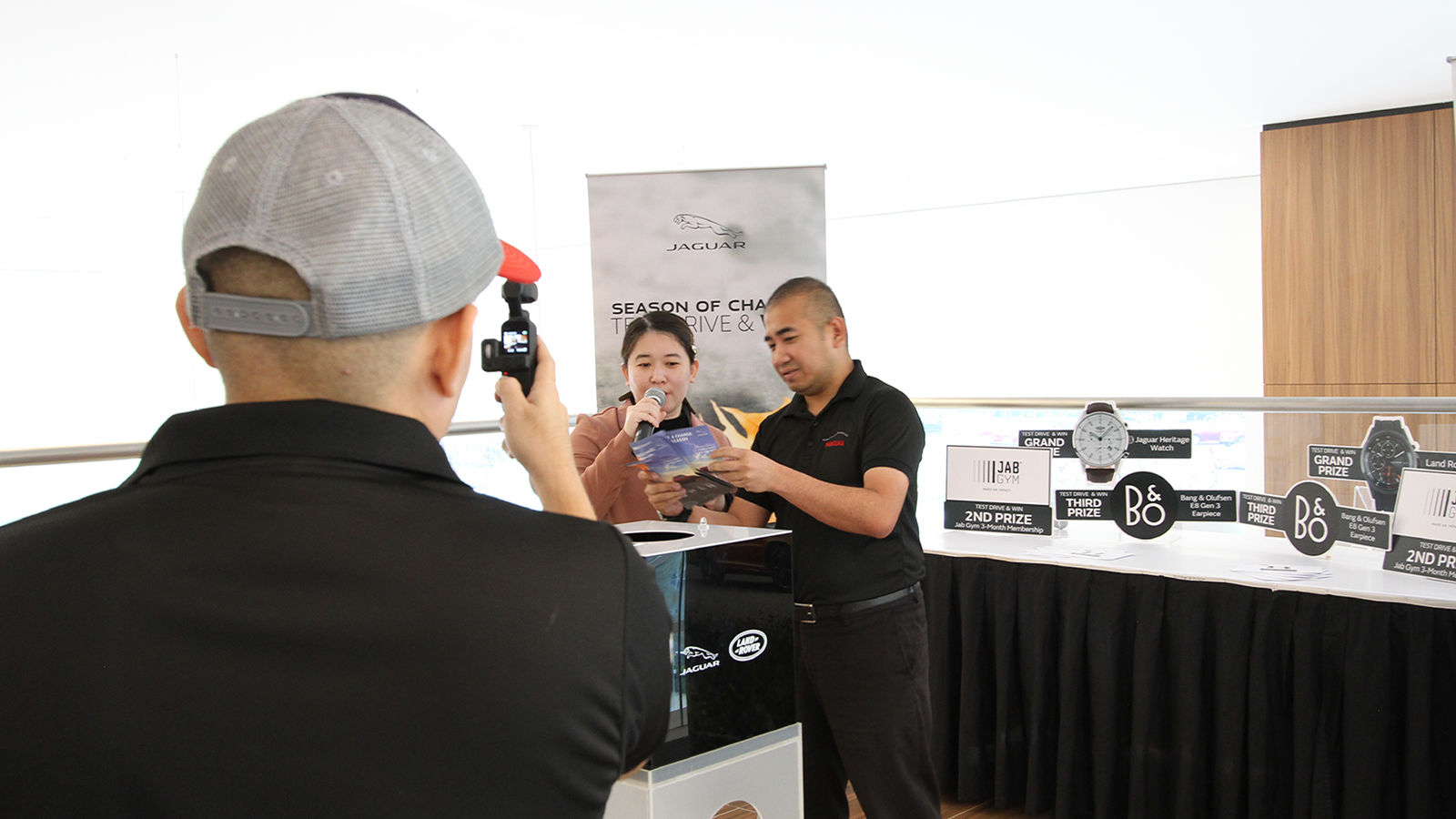 The Season of Change campaign kicked off on 1st October 2020 until 31st December 2020 last year. Customers who test drove any Jaguar vehicle during the promotional period were entered into a Lucky Draw with an exciting prize pool. There were over 50 entries, with a total of 8 winners.

The winners will be presented their prizes at a prize presentation ceremony on the 29th of January 2021 at the Indera Motors’ Showroom at Beribi Industrial Park.